If you’ve ever had a cat, then you understand the problems that can come with owning one. There times when they spray or use the bathroom in areas they’re not supposed to, they will chew on small things, get into everything in your house, and sometimes even claw up your nice Furniture. In spite of all of these issues, nothing beats that cozy feeling when you cuddle up with your favorite fur ball. Cats are one of our favorite pets, and it’s pretty easy to see why. They are incredibly independent, and fairly easy to house train. They’re good at caring for themselves, and really ask very little of their owners. 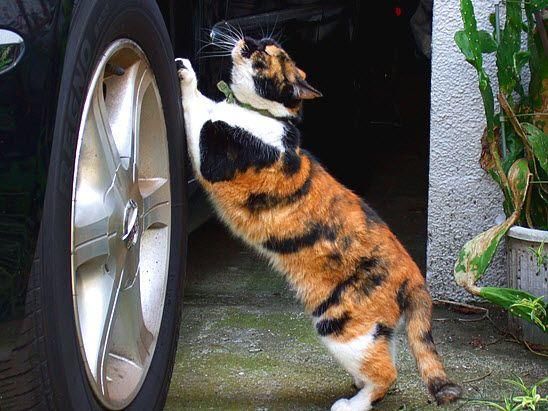 Many people used to believe that a natural part of caring for your cat was having its claws taken out. This was a surgical procedure that made it so that your cat no longer had the claws within its paws and couldn’t scratch or tear up any of your furniture. People also believe that this helped to deter aggressive behaviors, and stopped cats from scratching people or other animals within their homes. So much of this has turned out to be misled. There are extremely good reasons for not declawing your cat.

There are also alternative treatments to removing the claws. There are different things that you can do to stop your cat from tearing up your house while still allowing him to have his or her fingers. You can consider a scratching post that your cat will actually enjoy a lot more than your furniture or your knee. There are also sprays and other cat scratch deterrents that can be used to minimize damage and to help control your cat’s Behavior. Cats are not untrainable, and being consistent with them can be a huge help. These are just a few of the things that actually happen when you decide to remove your cat’s claws for good:

Imagine having each one of your fingers and toes cut off at the first joint in order to get rid of your nails. This is almost exactly the same thing that you’re doing to your cat when you take it in to have its claws surgically removed. Not only is this painful, it also makes it difficult for the cat to react in natural ways. It’s no longer able to scrape off the dead skin from its paws, or to defend itself if it gets into a bad situation. Cats don’t use their claws to be mean or aggressive for the most part. Taking them away simply because they ruin a good piece of furniture, is tantamount to animal abuse. Over the last few years, people have really begun to discover exactly what declawing means to a cat, and most vets are now saying that it’s not a good thing to do. There are enough alternatives to declawing that there really isn’t a reason to do it unless there’s some sort of medical condition.

Cats don’t show discomfort the same way that human beings do. They will rarely limp or behave poorly if they’re feeling bad. For the most part once this procedure is done, they are in for a lifetime of pain every time they take a step. If you can imagine doctor induced arthritis, then you might be able to understand a portion of what your cat will be going through. They’re not going to tell you that they’re in pain. They are simply going to continue to walk around and try to behave normally for the rest of their lives.

The Truth about Cats and… Babies?

Do You Really Know What Your Cat Is Telling You?
Shopping cart
There are no products in the cart!
Continue shopping
0