“Catnip” or officially Nepeta cataria is a herbaceous perennial herb of the mint family. Its white flowers may be pleasing to the eye, however beware: if you plant catnip in your garden, you will soon understand how it earned the name “catnip” – many of our feline friends go absolutely bonkers for it. 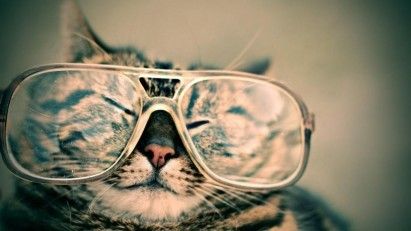 For your kitty, it’s all about the euphoric effects of nepetalactone, which is found in the leaves and stems of the plant. Cats may attempt to nibble or crush the catnip in an effort to extract the plant’s nepetalactone containing essential oil.

Have you ever noticed that you don’t roll around on the ground and rub your cheeks into the carpet when catnip is present? That’s because nepetalactone doesn’t effect humans in the same way it does cats. However, emerging research indicated that nepetalactone shows promise as a bug repellent, with studies indicating that it could be tens time more effective than DEET.

For felines that react to nepetalactone it doesn’t take much to have a good time. Simply sprinkle a little of the dried herb near your cat, or spray a spritz or two of catnip spray onto a papertowel or other object, and stand back and watch as your kitty happily entertains himself.

Don’t be discouraged if your kitty is delighted with catnip just yet; cats under eight weeks do not have fully developed senses, and are not yet able to react to nepetalcatone. Give it a try once they are a couple of months older.

The downside to valerian is chiefly that some humans find the scent to be, well… not quite as nice as your cat hopefully will, to put it mildly.

Honeysuckle is often effective for the segment of felines who do not respond to catnip. It’s important to note that while the honeysuckle sawdust shavings are for kitty, the plant’s berries are toxic to cats. Also of note, not all varieties of honey suckle have cat-attractant properties, only Lonicera tatarica (tartarian honeysuckle sawdust) specifically has the ability to charm our feline friends.