Do You Really Know What Your Cat Is Telling You? 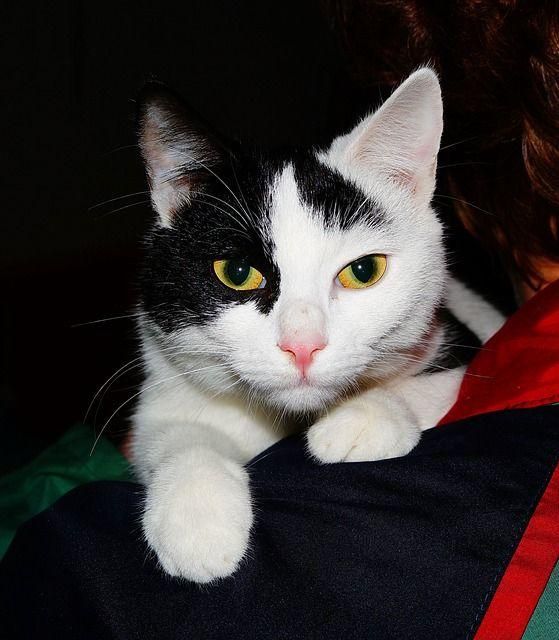 If you’re a cat lover, you’ve probably tried to decipher your pet’s behavior on more than one occasion.  A cat’s method of communication is more subtle than a dog’s; they’re not going to run up to you when you walk in the door and start licking your face. However, once you understand how cats communicate, you will be better able to form a lasting bond with your cat.

When a cat is feeling threatened or displeased, it can express itself with a multitude of sounds.  It might growl or grunt, as well as yowl or even scream.  Hissing and spitting are also signs of feeling threatened.  Usually, hissing and lurching forward is the cat’s last attempt to scare away the offender before attacking.

Just as people use body language to convey their moods, so does the cat.  For example, a content or relaxed cat looks similar to a person relaxing on the couch. Their body is sprawled out and they move lazily.  Their tail is relaxed as well, although sometimes it swishes back and forth, depending on the cat.

When a cat spies something interesting or alarming, it will often sit upright suddenly with its ears perked up to catch any sound.  It flicks its tail back and forth; the faster the tail moves, the more agitated the cat is. When it is scared or anticipates a fight, a cat usually folds its ears flat against its head in order to protect them.  As it assesses the perceived threat, it may arch its back and bristle its fur to make itself appear larger.  On the other hand, it may also crouch down to make itself seem small and nonthreatening, hoping the threat will pass. However, the crouching cat still remains ready to defend itself with teeth and claws.

Cats are social animals.  They commonly greet each other by rubbing heads or touching noses, as well as licking each other.  It is not uncommon for cats that have grown up together to curl up and sleep intertwined with each other or with their owner.  There is a two-fold reason for this:  it brings them comfort and security and also leaves their scent marker, thereby essentially claiming the person or other cat as part of their territory.

There is much more to a cat’s behavior than initially meets the eye.  Every movement or gesture they make is indicative of their mood at that moment.  Once you understand how your cat is feeling, you can better meet your cat’s needs and create the secure and loving environment he or she is craving.